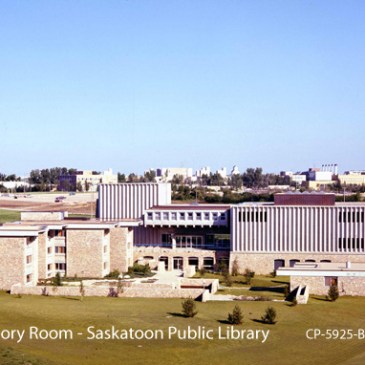 Although it doesn’t feel like March now, I’m looking forward to some warmer weather coming soon (soon….), as well as a few new projects and concerts.

Last month I had the pleasure of attending and performing at the North American Saxophone Alliance Region 9 Conference at the University of Lethbridge (NASA, for all you space cadets out there!). This year I performed my recent composition for saxophone, live electronic effects, and recorded environment samples (Saskatchewan Suite). You can check out my post about my composition from when I premiered two movements at the NASA Biennial Conference in Cincinnati last year (thanks again to the Saskatchewan Arts Board Independent Artists program for awarding me a grant to write the piece!). It was great to catch up with so many friends at the conference and hear them play at an inspiring level.

I performed three movements from Saskatchewan Suite in Lethbridge: 40 King Crescent; Saturday, 10:30pm, and; Luther Seminary. The first movement refers to my grandma & grandpa’s old house in Humboldt, SK, where I spent much of my time growing up. The environment sample was recorded in the back alley behind 40 King Crescent. I remember hearing mourning doves sing in the giant trees in the backyard, as well as the way the wind would pass through the neighbouring trees. I owe my fondness for wind chimes to my grandparents, who had a special set that my parents inherited when my grandpa passed away. The day I recorded the environment sample was particularly windy, and I could hear a set of wind chimes from a nearby house while I waited to finish my recording. The unusual pitches that I explore in this movement are transcribed from the pitches of the wind chimes from the nearby house. If you listen very closely, you can hear the wind chimes and their commentary on my playing.

The second movement doesn’t refer to a specific place, but instead captures a collection of feelings. It is meant to capture the energy of a high school party and the mixed feelings of nervousness, anxiety, excitement, courage, and doubt. 10:30pm was usually the time I would arrive (I worked late at fast-food restaurants on the weekends), and I remember feeling nervous about who would be there and what they might think of me outside of weekdays at school. Being an extroverted person, I was always outgoing and enjoyed being with others. I had no problem putting myself out there for others to see and respond to (I suppose that’s why I pursued a performance degree!).

Luther Seminary is located on the University of Saskatchewan campus north of the Education building. Behind Luther Seminary where I recorded this environment sample is a small courtyard and beautiful walking paths that lead to the Saskatoon train bridge. The environment recording captures a rare stillness for a place that is located almost at the geographical centre of Saskatoon.

I lived in the student residence of the seminary for the first two years of my undergraduate degree. I treasure my time at the University of Saskatchewan for many reasons. I was exposed to an education and viable career path that revolved around something I cared deeply about, and I couldn’t look back after that. In my first year I had the incredible fortune of forming a close friendship with the woman I would marry several years later. Many other friendships, opportunities, and memories were formed while I stayed at Luther Seminary, and I wanted to finish my piece with a movement that provides closure to the chapter of my life in Humboldt and also recognizes the potential of the future.

I have attached below the mp3 of my performance at the NASA Region 9 conference. I would be happy to hear your thoughts and comments on my piece, as well as any questions you might have.

Thanks for reading and listening!